Onwards to the end of Letter A!

This week, we’ll be delving into some dark sounds with my final 6 “Letter A” soundtracks. Aside from the hilariously out-of-place whimsy of Animal Crossing, these soundtracks feature protagonists on the move, in the shadows, and on the hunt.

Categorizing these soundtracks alphabetically has made for some very interesting comparisons between genre sounds and themes, which I am enjoying immensely. Though the following games have similar themes, their composers each have their own fascinating method of evoking those feelings of intensity and mystery in the listener. Hearing these different expressions of emotion is one of my favorite parts of listening to game music, so I hope you get a kick out of it too.

Let me know which tracks you liked (or hated) most! Let me know if there were any that surprised you as well. Basically, what I’m saying is to listen to “The Tale of Twopenny” from Assassin’s Creed: Syndicate and join me in laughing over how crazy and fantastic video games soundtracks can be.

Platform: PSP (only in Japan)

Game Synopsis: In this text-based game by developer AQ Interactive, players embark on a series of missions as a harrowed female detective with a mysterious past and even more mysterious motives. Players are charged with investigating several persons of interest by gathering secret information and tailing suspects to learn more about them.

In an innovative use of the handheld, long-screened PSP, Anata o Yurusanai is played entirely vertically. Players can see the full length of their character as they track suspects and quickly duck into alleys to stay out of eyesight. While the game received critical acclaim in Japan, it was never translated for English release.

Interesting side note: I’ve noticed that listening to this soundtrack in public is not the smartest idea. The sheer swankiness of my favorite songs lengthens my stride, gives my hips an undeniable waggle, and makes me talk like a hardened dame from a 1930’s film noir. But I suppose that’s a good thing, since it means the songs are just that good.

Game Synopsis: As the fourth installment in the Animal Crossing franchise, Animal Crossing: New Leaf allows players to become the mayor of their own city. Whether you’re befriending your adorably opinionated animal neighbors, decorating your house, catching bugs, or playing mini games on a tropical island, New Leaf is full of leisurely fun and variety.

Unlike most games, player’s available in-game activities are affected by the time and seasons of the real world. Certain items, fish, bugs, furniture, and decorations are only available at specific times, so players are rewarded for playing during unique times and events. While this feature is often a loved aspect of the game, players with difficult schedules can adjust this feature as needed.

Musical Style: Along with New Leaf’s unique play style, its soundtrack is also iconic within the series. Each hour of the day has its own unique track that only plays during that hour — and in a game that matches real-world timing, its almost as if  you gain not a game soundtrack, but an everything soundtrack. When I played in college, I’d catch myself randomly humming certain tunes at specific hours of the day… realizing only afterwards that I was associating the New Leaf themes with my real life.

Though the instruments and sounds used are minimalistic, the melodies are catchy and gently whimsical, providing a lovely atmosphere for going about your day.

Game Synopsis: Aragami is a 3rd-person action-stealth game that allows players to control a dark, vengeful spirit named Aragami. By merging with the shadows and using powers from beyond the mortal realm, Aragami forges on to discover more about the girl that summoned him, his purpose in the world, and the secrets that threaten those around him. Whether you choose the path of an undetectable spirit or a merciless killer, Aragami allows players the flexibility to conquer missions and unlock knowledge however they see fit.

The entire soundtrack elicits a sense of action, purpose, and intensity from the listener, making this a great choice for me when writing tense, dark, or intimidating scenes. Though a few of the tracks can feature some repetitive sounds, Aragami’s soundtrack is beautifully composed and very worth a listen.

Favorite Track: “The Spirit of Vengeance”

Game Synopsis: Assassin’s Creed is the first in an ongoing series of 10 games by Montreal-based developer Ubisoft. The story is split into two fragments set in the present and the past. In the present, a bartender named Desmond Miles is able to input his DNA into a machine called the “Animus” to access the memories of his ancestor, an assassin named Altaïr Ibn-La’Ahad.

Players mainly control Altaïr as they freely explore 12th century Jerusalem during the time of the Third Crusade. Both the player and Desmond learn details about Altaïr, his attempts to thwart the Knights Templar, and the truth behind this mysterious age in this free-roaming action-stealth game.

Musical Style: Assassin’s Creed’s soundtrack was a true feat when it was first heard in 2007. In a period game filled with both tense silence and high-action moments, it was important that the score feel true to the historical aspects while still maintaining a dark, mysterious atmosphere. Jesper Kyd accomplished all of this and more, mainly with his beautiful and plentiful use of bold strings, vocals and choirs, rhythmic drums, and gentle flutes.

The flutes and light beats immediately transport listeners to a remote, ancient city surrounded by desert, while the heavy string melodies leave lasting impressions of the intense threat Altaïr faces as he fights for justice. Since I couldn’t pick just one, the following are my two favorite tracks from the game. 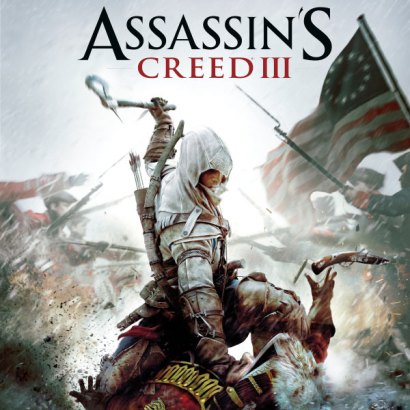 Game Synopsis: Like the first game in the series, Assassin’s Creed III again centers on Desmond Miles and his exploration of his ancestor’s memories using the Animus machine. This time, players are transported through Desmond’s eyes to inhabit Ratonhnhaké:ton/”Connor”, a half-Native American half-Colonial assassin during the American Revolution from the mid- to late-1700’s. Players have free-reign to explore the Frontier, a recreation of the area that spans from modern-day Boston to New York City. The game was highly praised for its improved graphics and gameplay amidst the beautifully recreated world of early colonial America.

Musical Style: Although some fans were concerned about the departure of Jesper Kyd from the franchise’s soundtrack, Lorne Balfe did the game great justice. Balfe achieved a beautiful blend of instruments new and old, particularly making use of the brass, flutes, and snare drums common in revolution armies.

Although only a few stand-out tracks leave listeners with the memorable, epic melodies the franchise is known for, the rest of the tracks create a sense of urgency and danger using a combination of dissonance and heavy instrumental layering. Of all the tracks, the main theme is always the one I return to most, especially when I want to feel like the weight of the world rests on my shoulders as I put away my laundry. 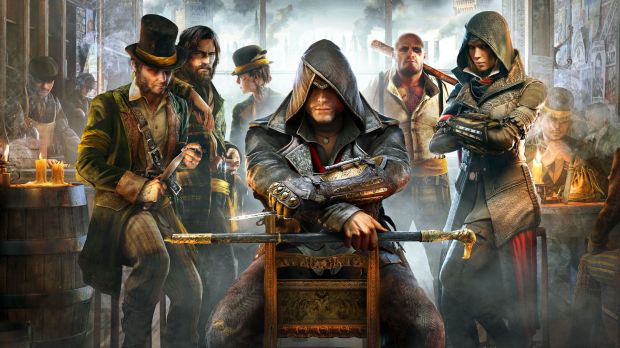 Game Synopsis: In Assassin’s Creed: Syndicate, players can explore the world of 19th century Victorian London as the twin assassins Evie and Jacob Frye. From bounty hunts to child factory liberations to (you guessed it) a lot of assassinations, players can experience the gritty underbelly of London during the peak of the Industrial Revolution. Thanks to the franchise’s previous success, Ubisoft worked long and hard to make Syndicate’s environment the most complex and rich setting thus far, with seven fully-realized London districts available for players to explore.

Musical Style: Austin Wintory exemplifies his true talents as a genre chameleon in this wild and beautiful score for Syndicate. As a first-time composer for the Assassin’s Creed franchise, Wintory managed to put his own spin on the game’s iconic music by diving deep into the stylings of Victorian England — so deep, in fact, that the soundtrack features full orchestral pieces, traditional waltzes, echoing cathedral vocals, and multiple piano-only musical numbers with full lyrics.

It’s a whirlwind of phenomenally quirky, fantastic composition, and I couldn’t recommend it enough. To whet your appetite, please enjoy this song that sounds like Mickey Mouse happily singing about death!

Favorite Track: “The Tale of Twopenny”

If you’d like to be notified for my weekly “A-Z Game Music” articles, please sign up for email notifications from Mama Mia 8-Bits on the side bar!

If you enjoyed what you heard, or have any suggestions for other game music I need to hear, please leave a comment below!

Megan is a writer, reader, artist, gamer, and goofball living in Pyeongtaek, South Korea. She enjoys lazy go-kart rides down Peach Beach, music and drinks at the Eolian, horseback rides at Lon Lon Ranch, and Colin Mochrie. View all posts by Megan Roy